January marked the 20th anniversary of detnovel.com, the oldest scholarly website devoted to the American detective novel on the Internet. It was created and is maintained by Prof. William Marling, and it is linked to 34,627 other sites, including high schools, colleges, and libraries all over the world, not to mention many entries on Wikipedia. It is cited in dozens of books and dissertations. It is the second largest website in the College, after the Encyclopedia of Cleveland History.

The origin story of detnovel is one of rescue and repurpose. A small publisher commissioned Marling in 1998 to write an anthology of “tough guy” American detective novelists and then bailed, leaving Marling with 150 pages of homeless prose. Since he also then wrote and maintained the department website, he added detnovel to the department stable, which included the Society for Critical Exchange and other projects. He progressively added entries on detective films, film noir, and minority writers, until the site accounted for over 50% of the department’s web traffic in 2002.

With new rules about the university’s website, enacted under President Edward Hundert in 2005, every webpage had to use the same template, typeface, and graphics. Detnovel.com had to shut down, as did VSALM, a modernism website created by Marling, his grad students, and Brian Ballantine (now Chair of the West Virginia University English Department). Marling wrote a new site and moved the now 200+ pages of detnovel to GoDaddy. “It was incredibly time-consuming,” said Marling, “I wouldn’t have done it if I had known, but I had my money sunk into it.” Adding book reviews and thematic topics, Marling grew the site, which still backlinked to the English Department, throughout the 2000s, receiving two PCA/APA nominations for best academic website on popular culture.

But in 2016 web-hosting fees at GoDaddy reached $500. Marling wrote a third edition of the website and moved it to WordPress, where it remains today. “I lost some followers, and a lot of people wrote complaining about the new format,” said Marling, “but no HTML is truly portable. So people’s bookmarks got messed up.” Five years later, with new pages on Latinx writers and German Expressionism, detnovel is nearly back to full strength. 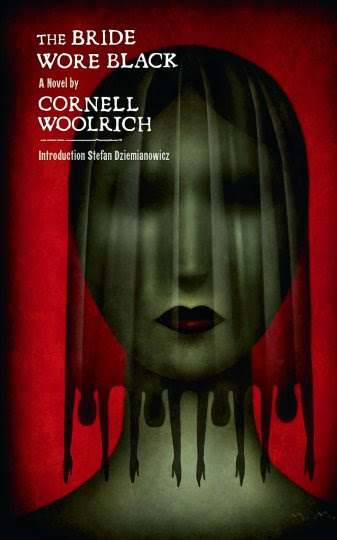 Mary Assad is offering a class through Siegal Lifelong Learning: “Graphic Memoirs: Telling Our Stories Through Picture and Word.”

Cara Byrne recently published “’Why Black, Not Blue?”’ Redefining the Color Black in Children’s Picture Books” for the Anisfield-Wolf blog.

Michael Householder and Martha Schaffer published an article in the Journal of Writing Analytics, titled,“Writing Analytics and Program Assessment: How Novice Writers Use Rubric Terminology in Reflective Essays,” based on a project that they began with the Freedman Center for Digital Scholarship to use textual analytics to explore student reflections on their writing development through the SAGES Program.

Megan Jewell co-authored an article appearing in the Journal of Writing Analytics: “Gender Preferences in Writing Center Appointments: The Case for a Metadata-Driven Approach.”

William Marling gave a lecture on “Hemingway and Affect” at the University of Tartu, in Estonia, in October.

Brad Ricca’s new book, True Raiders: The Untold Story of the 1909 Expedition to Find the Legendary Ark of the Covenant, will come out from St. Martin’s Press in September.

Thrity Umrigar has been awarded a Baker-Nord Center for the Humanities Faculty Fellowship for the term of one semester during the academic year 2021-2022 in order to pursue research on her novel project.

My education at CWRU took place though conversations with brilliant and giving people — and not only in the classroom. I’ve often joked that I learned as much over pitchers of beer at our departmental “First Fridays” at the old Barking Spider as I did in the amazing seminars I was privileged to take.

I’ve never quite gotten the romance of those Fridays at the Spider out of my head, so in an effort to capture the spirit of those times, I’ve been operating a podcast for the past five years, Sectarian Review (I copped the name from Partisan Review because I still love Lionel Trilling). The show scratches my generalist’s itch.

For me a “perfect” show makes an unexpected connection between two things that seem unrelated. What can a Soviet horror film reveal about Eastern Orthodoxy? See our show about Viy. How is Ancient Alien theory structured on tropes of white supremacy? We have a show for that.

The broad focus of the show lends itself to a rather ecumenical audience, which is something that makes me happy. Religious conservatives, Christian socialists, centrist liberals, and Marxists all gather (sometimes on the same episode). The show indulges in conversations across many borders and I have learned a lot along the way. The diversity of ideas is what inspired me in the first place, all thanks to the Case Western Reserve Department of English. And if anyone reading wants to talk about their work on the show, don’t hesitate to reach out to me at danderson@mtaloy.edu.

Case Western instilled in me a deep appreciation for the life of mind, particularly a generalist’s mind. Countless micro-encounters with brilliant people outside my tiny area gifted me with two lasting conclusions: first, I’m usually out of my league, but; second, I believe that being a dilettante isn’t the worst thing in the world (I’m still under the influence of Matthew Arnold in this way).

“West : Fire : Archive is a poetry collection that challenges preconceived, androcentric ideas about biography, autobiography, and history fueled by the western myth of progress presented in Frederick Jackson Turner’s “frontier thesis.” The first section focuses on mending the erasure of the life of Charmian Kittredge London, the wife of the famous author Jack London . . . . The second section examines the act of autobiography (or what defines the author). In it, Dunkle writes through the complex grief of losing her mother and her community when it is devastated by wildfires. . . .  The final section questions the authenticity of the definition of recorded history as it relates to the American West.”

“If they can learn to trust each other, and if the repo men, cops, and three different galactic governments don’t catch them, the Galactic Hellcats might just use their solo-fliers to carve a place for themselves among the stars.”

–regarding Galactic Hellcats by Marie Vibbert

Ashtar Abboud (‘19) received second place in the prestigious KMK Law Competition in Cincinnati on January 20. Ashtar is attending the Ohio State University Moritz College of Law as a JD Candidate on a full scholarship as an “Eminent Scholar” after interning in the office of U.S. Senator Sherrod Brown and as an Organizing Fellow at Human Rights Watch following her graduation from CWRU.

Shelley Bloomfield (’83) offered “The Spy who Stayed Out in the Cold” through Siegal Lifelong Learning.

Sarah Ghinwa Jawhari‘s (’13) BINT was selected by Aria Aber for the Own Voices Chapbook Prize.

Michelle Smith Quarles (’98) offered “The Most Delicate, the Most Vulnerable: Black Girls and Women in the Fiction of Jesmyn Ward and Colson Whitehead” through Siegal LIfelong Learning.

Nardine Taleb (’17) has a poem in Gordon Square Review.

SEND US YOUR NEWS

If you have news you would like to share in a future newsletter, please send it to managing editor Susan Grimm (sxd290@case.edu).

The department also has a Facebook page on which several hundred of your classmates and profs are already sharing their news. Become a member of the community and post your own news. We want to know. The department will be posting here regularly too—news of colloquiums, readings, etc.