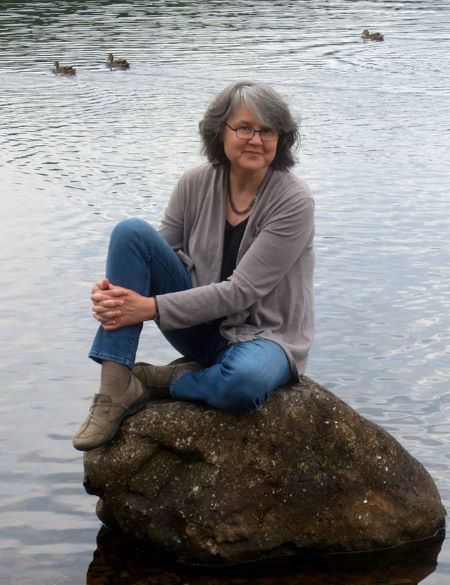 Athena Vrettos is an Associate Professor Emerita in the Department of English at Case Western Reserve University, where she taught for 26 years and served as Director of Graduate Studies for eight years, retiring in 2022. Vrettos’ degrees are from Vassar College (BA, 1981) and the University of Pennsylvania (MA and PhD, 1988). Her research has received fellowship support from the John Simon Guggenheim Memorial Foundation, the National Endowment for the Humanities, and the American Council of Learned Societies.

Vrettos’ scholarly work has focused on Victorian literature and culture, the history of medicine and psychology, and the history of the body and sexuality. Her book Somatic Fictions: Imagining Illness in Victorian Culture (Stanford, 1995) examines the centrality of illness—particularly psychosomatic illness—as an imaginative construct in Victorian culture. She is also the author of a series of articles on the intersections between nineteenth-century literature and the history of psychology and parapsychology. Four of these articles focus on issues of memory: “Displaced Memories in Victorian Fiction and Psychology,” discusses fiction by Thomas Hardy and Arthur Conan Doyle in relation to late-Victorian psychological and parapsychological speculations about the potential displacement and uncertain ownership of memory; “Dying Twice: Victorian Theories of Déjà Vu” examines a range of literary, medical, and psychological explanations for what came to be called “déjà vu” in the late nineteenth century, demonstrating how déjà vu experiences became a contested area for defining the concept of “normality” in the newly emerging sciences of memory. “’In the clothes of dead people:’ Vernon Lee and Ancestral Memory” and “’Little bags of remembrance:’ du Maurier’s Peter Ibbetson and Victorian Theories of Ancestral Memory” both focus on late-Victorian theories of psychometry and ancestral memory. Three further articles address theories of habit, wandering attention, and emotional traces: “Defining Habits: Dickens and the Psychology of Repetition” examines nineteenth-century theories of habit formation, eccentricity, and repetitive behavior patterns, drawing upon Victorian advice manuals, psychological treatises, eccentric biographies, and the fiction of Charles Dickens. “Wandering Attention: Victorian Daydreaming and the Boundaries of Consciousness” examines narratives of wandering attention and their relationship to emerging theories of consciousness in works by George Eliot, Henry James, and Thomas Hardy. Finally, “The Temporality of Emotional Traces in Victorian Fiction and  Psychology” (forthcoming, 2023) uses Thomas Hardy’s Return of the Native and a variety of writings on emotion by mid- and late-Victorian psychologists to explore questions about the temporal, spatial and intersubjective dimensions of emotional experiences, and the traces emotions might leave on the material world.

During her years teaching at CWRU, Vrettos was the recipient of the John H. Diekhoff Graduate Teaching Award (2008) and the College of Arts and Sciences Undergraduate Teaching Excellence Award (2011). She taught survey courses for the English Department in nineteenth-century British literature, as well as more specialized courses in Victorian literature and psychology, Victorian literature and the body, nineteenth-century gothic and sensation fiction, nineteenth- and twentieth-century women writers, and nineteenth- and twentieth-century children’s literature. Vrettos also taught interdisciplinary courses in the medical humanities for the SAGES General Education program, targeted to students studying medicine, nursing, and biomedical engineering.