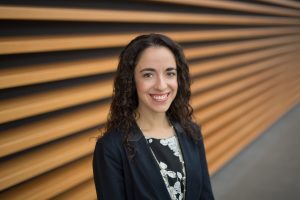 I am a 2014 graduate of CWRU, where I received my PhD in English with a research focus in medical rhetoric. I received my MA in English from CWRU in 2009 and my BA in History from Baldwin-Wallace College 2006.

In research, I am especially interested in how knowledge about health, medicine, and the body reaches the general public and the role that persuasive language plays in shaping individuals’ beliefs, attitudes, and actions related to health and disease. I am also interested in the rhetorical functions of personal narrative within public discourse. My dissertation, Gender, Illness, and Narrative: A Rhetorical Study of the American Heart Association’s Go Red For Women Campaign, examines how a major health promotion campaign seeks to persuade women not only to adopt healthy actions but also to engage in certain communicative practices including personal storytelling.

As a writing instructor, one of my goals is to bring my research into the classroom and ask students to consider the various definitions of health that circulate in public discourse, both verbally and visually. What does it mean for one to be healthy in today’s society? What values are attached to health? To disease? What does health look like? What communities have formed around health and disease, and what identities are attached to these communities?