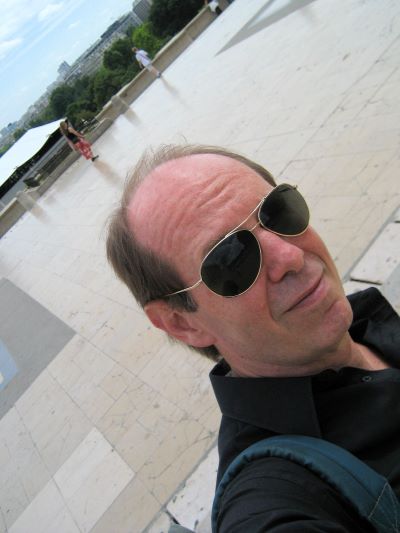 I teach American Literature, World Literature, and Film. I have written seven scholarly books, three general interest books, and over 80 chapters and articles on subjects ranging from anarchism, globalization, Edgar Allen Poe, Hawthorne, Fitzgerald, Marcel Duchamp, William Carlos Williams, and cell phones in film. My scholarship has been published in French, Spanish, Japanese, and Estonian. Twice a Fulbright Professor (Spain 1983, Austria 1994), I was awarded the Edward Said Chair at American University of Beirut (2008), the Bryant Drake Chair at Kobe College (2000), and the French Ministry of Education Professorship twice (Université d’Avignon, 1998, 2001)—I’ve spent a lot of time abroad. Beginning in the 1980s I explored the use of computers in the humanities, creating two websites nominated for awards: “Modernism: The American Salons” and “Detective Novels” (www.detnovel.com). The latter is the largest, oldest website on the topic, with over 34,000 backlinks. I have also brought over $750,000 in grants to the university. I’m proudest, however, of having been recognized for outstanding graduate and undergraduate teaching (Diekhoff nominee, 2020; Wittke nominee, 1982, 1999, 2019). Teaching is what I really like to do.