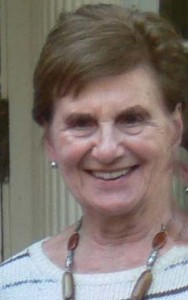 Me – a professor? Who would have thought it in the pre-feminist days when, four days before my wedding, I received my BA from Flora Stone Mather College of Western Reserve University. Women profs were few, and I had never met a married one, let alone one with a family. But I knew I had a passion for teaching and for literature – still with me to this day – and I knew I would never be satisfied with only that BA. Four children and 15 years later I returned to my alma mater – now CWRU and a very different, but even more exciting kind of place. Encouraged by my husband and my professors, I got that PhD, with a dissertation on Robert Frost.

The problem was that as my colleagues and I were approaching graduation, there were no literature jobs, and we were advised to get experience in teaching composition – especially to the under-prepared students who were flooding universities in open admissions – or to international students, whose lack of English writing skills would never allow them to pass the composition requirements for graduation. I had taught English and French in the Cleveland Heights schools, and loved teaching language. There was a niche for me, especially as there was almost nothing out there that combined language learning/teaching with intellectual challenge for our highly intelligent international students. So I completed my degree, searched for materials, experimented, researched, and, with help from the department, got a grant from the Cleveland Foundation to design a program as adjunct faculty, put together materials, and train a core group of TA’s to teach ESL comp sections. With that our ESL (English as a Second Language) composition program was born, as was my textbook, From Reading to Writing, and an article in College English (“The ESL Composition Class and The Idea of a University”).

Short version of what followed: full-time position as Coordinator of English as a Second Language and “Remedial” English composition, Director of Composition and the Writing Center, literature professor on the way to tenure, tenure, and finally full professor. Of course all that entailed scholarly publication: I returned to Robert Frost, bringing my work up to date, which included bringing reader-response theory to bear, and the result was Toward Robert Frost: The Reader and the Poet.

How do I explain the combination of language/ESL writing theorist-teacher and scholar-teacher of poetry that I have been? There really was a common thread – language – how it works, how it can at once be frustrating and glorious. I realized that explaining fine nuances of a word or expression to an ESL student was not so very different from analyzing why just that word as no other worked so brilliantly in a poem – how the way the language sounded mattered, how just that grammatical structure made a huge difference. It was getting inside language and getting my students to join me that was common to both, and exciting to me.

It wasn’t only language, though, that made all those ESL struggles exciting: my contact with students from all over the world was an education in itself, almost a free trip around the world. I was learning as much from them as they were learning from me. With an internal grant and the help of a super TA (now a Dean and full professor herself) I piloted a literature course entitled “The Immigrant Experience in American Literature,” which attracted both English majors, and non-native speakers whose English skills were good enough to read 12 books and write papers plus responses to the readings. The writing that resulted was some of the best that I ever got from students, the class discussions were heated and lively – in fact the class had become a community. Out of it came publicity for the university, and a slim publication of student writing. These students, and this experience inspired my next book project. The result: Crossing Cultures: Creating Identity in Chinese and Jewish American Literature. My cross-cultural interests also inspired papers I was to give in countries including China, Malaysia, Spain, Greece, Israel.

Now I am retired and living in Israel, surrounded by all my children and grandchildren – officially Professor Emerita – but still going on. For one thing, I give two literature courses (on a volunteer basis) for the Association of Americans and Canadians in Israel (AACI) which also includes Australians, South Africans, Brits – in other words English speakers, and we do serious literature, poetry and fiction, including Shakespeare, Virginia Woolf, and William Faulkner. My newest commitment is helping Ethiopian post-high school young women with the English they will need to succeed in higher education and careers. English is their third language – after Amharic and Hebrew. On the academic front, I will be giving a paper on Saul Bellow at the conference of Jewish American and Holocaust Literature; last year I attended the 80th birthday celebration of Philip Roth – so as my pocket permits, I try to keep professionally active. And I’m still writing, this time on Fathers and Sons in Jewish American Literature, hoping it will one day become another book. I maintain contact with The Hebrew University of Jerusalem as a visiting scholar. But most gratifying has been the continuing contact I have had over the years with so many former students – graduate and undergraduate. I will always see Guilford House as a second – now third – home.