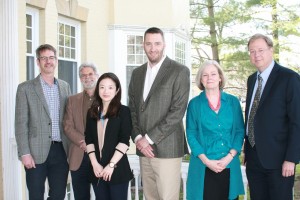 The Writing Program Award Ceremony honors award-winning teachers and students at the end of each year. The celebration is a recognition of writing faculty at CWRU which includes full- and part-time lecturers, SAGES Fellows, English graduate student assistants, SAGES Peer Crew members, and other friends of writing at CWRU.

The English Department, SAGES, and the Writing Program are pleased to recognize this year’s winners of teaching awards and student writing prizes.

The Jessica Melton Perry Award for Distinguished Teaching in Disciplinary & Professional Writing[*] recognizes outstanding instruction in writing in professional fields and/or disciplines other than English. This year’s winner is Georgia Cowart, Professor in the Department of Music.

The SAGES Excellence in Writing Instruction Award recognizes outstanding commitment to and success in teaching academic writing to Case Western Reserve University undergraduates in SAGES. This year, the winner is Hee-Seung Kang, an Instructor in the Department of English and Director of the SAGES ESL Program.

The University Seminar Awards are judged in September – and recognized at the Celebration of Student Writing in December of each year.  The winners for Academic Year 2014-2015 are:

Adam Gleichsner for his essay “Setting the Internet on Fire: #GamerGate, New Games Journalism, and the Discourse Surrounding Sexism in the Gaming Industry“ written for USSO 290H (“The Social World of YouTube”) led by Georgia Cowart.

Rana Ulhman for her essay “America Against the Islamic World: Creating a Radicalized Other in the Minds of U.S. Citizens” written for USSY 290Z (“Secularization and the Culture of Belief”) led by Scott Dill.

Lauren Whitehouse for her essay “Fair Use in a New Cultural Paradigm: Amateur-Produced Appropriative Works on YouTube” written for USSO 290H (“The Social World of YouTube”) led by Georgia Cowart. 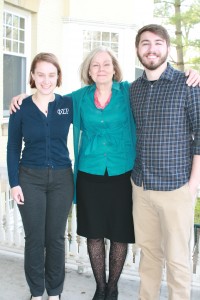 The First Seminar Awards are judged in January and recognized at the Celebration of Student Writing in April each year.  The winners for Academic Year 2015-2016 are:

Aya Bahij for her essay “My Life as a Palestinian Refugee from Lebanon” written for FSNA 161 (“Making Sense of Place”) led by Eric Chilton.

Amalia Donastorg for her essay “Simulation and Place” written for FSNA 161 (“Making Sense of Place”) led by Eric Chilton. 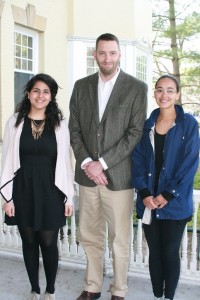 You can read all of these outstanding essays in the booklets available on the Writing Program website: http://case.edu/writing/keydocs.html

[*] The Jessica Melton Perry Award was established in 2009 by Edward S. Sadar, M.D. (ADL ’64, SOM ’68), & Melinda Melton Sadar (FSM ’66) in honor of Melinda’s mother, who worked in the Center for Documentation and Communication Research at Western Reserve University from the late 1950s into the late 1960s.